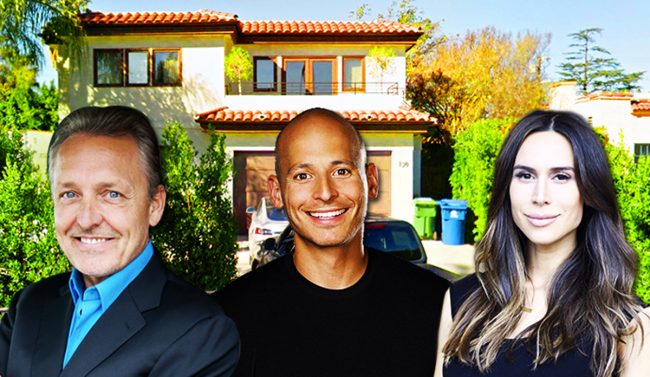 As a celebrity fitness instructor, Harley Pasternak knows about the importance of core strength. And as a Pacific Union real estate agent, his wife, Jessica Pasternak, knows a lot about quality homes.

But in a lawsuit they filed last week, the couple claims they were duped by the developer and contractor of a $2 million home they purchased on Ogden Drive in West Hollywood. The home, which they intended to rent out, had numerous structural issues that were not explained, along with mold and faulty plumbing. All of that has cost them hundreds of thousands of dollars, the Pasternaks claim.

The suit alleges that Jay Belson, a principal at Jay Belson Luxury Development, failed to properly build their house, which was a recent construction. The contractor, Okland Construction, and its president, Dean Okland, are also named as defendants in the case, filed in Los Angeles Superior Court. The original owner, who sold the Belsons the home, is not a defendant in the suit.

Belson, who said he’s known the Pasternaks for years and considers them friends, said he intends to file a rebuttal lawsuit against Okland, which has never “responded a call or email,” he said.

“I hired a general contractor and paid him a great deal of money to build what we thought was a fabulous house,” Belson said. “Harley’s had problems with the house and I tried to help as much as I can. Harley is a good guy and he deserves [to have] his house repaired.”

Neither Okland nor the Pasternaks responded to requests for comment.

Harley Pasternak, who trains celebrities like the Kardashian clan and musician John Mayer, was recently tapped for a partnership with Oceanwide Holdings Company’s project in Downtown Los Angeles. In addition to handling programming for his clients, Pasternak is designing the fitness center at the 504-unit condo complex.

Jessica Pasternak is a Pacific Union agent working out of the Beverly Hills Rodeo Drive office. She previously worked at Coldwell Banker, as well as the Corcoran Group in New York.

The Pasternaks, through an entity named Nice Guy Holdings, paid $2.28 million for the 4,300-square-foot house, with the intention of renting it out starting Sept. 5, 2014, property records show.

A Certificate of Occupancy was issued Sept. 3, 2014. When tenants moved in, they reported mold growth as a result of faulty plumbing and extensive flooding, the suit claims.

The tenants lived in the home for a year, starting December 2014. Since they moved out, it has been empty.

The Pasternaks, who say they’ve spent over $500,000 to repair the damages, are also claiming that the defendants violated their agreement with the seller, Jack Rockman, LLC, by failing to disclose any of the property’s known defects. Included in the suit are complaints of negligence, breach of implied warranty and intentional misrepresentation.