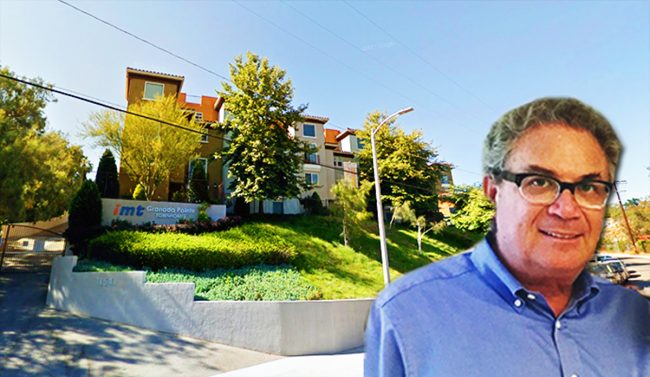 Robert Shapiro and the Granada Pointe complex at 11541 Blucher Boulevard

Van Nuys-based Adil A Barakat Family Trust, an investor at least nine other multifamily properties around Los Angeles and the Inland Empire, paid $21.5 million for Granada Pointe complex at 11541 Blucher Avenue, which was built in 2011. The sale includes a $10.5 million mortgage with Seattle’s Homestreet bank.

Woodbridge sold the property through one of its many LLCs, in this case Woodbridge Capital LLC, but purchased it a year ago through a different entity for $19.5 million.

The Sherman Oaks-based firm is embroiled in crisis. The Real Deal reported in November that the Securities and Exchange Commission was investigating the firm for fraud. CEO Robert Shapiro resigned a few weeks later, and the SEC then sued him for a billion-dollar Ponzi scheme that netted him millions of dollars, much of which he spent on luxury items.

Word spread in March that the firm had solicited some of the L.A.’s top brokers to sell its residential portfolio, which includes some of the premier homes in Los Angeles county. Among them: film producer Megan Ellison’s former 10,000-square-foot home in the Mount Olympus neighborhood of the Hollywood Hills. Woodbridge was asking unusually large sums for many of the properties, in what some real estate professionals have described as an effort to present a rosier portrait of the portfolio to investors.