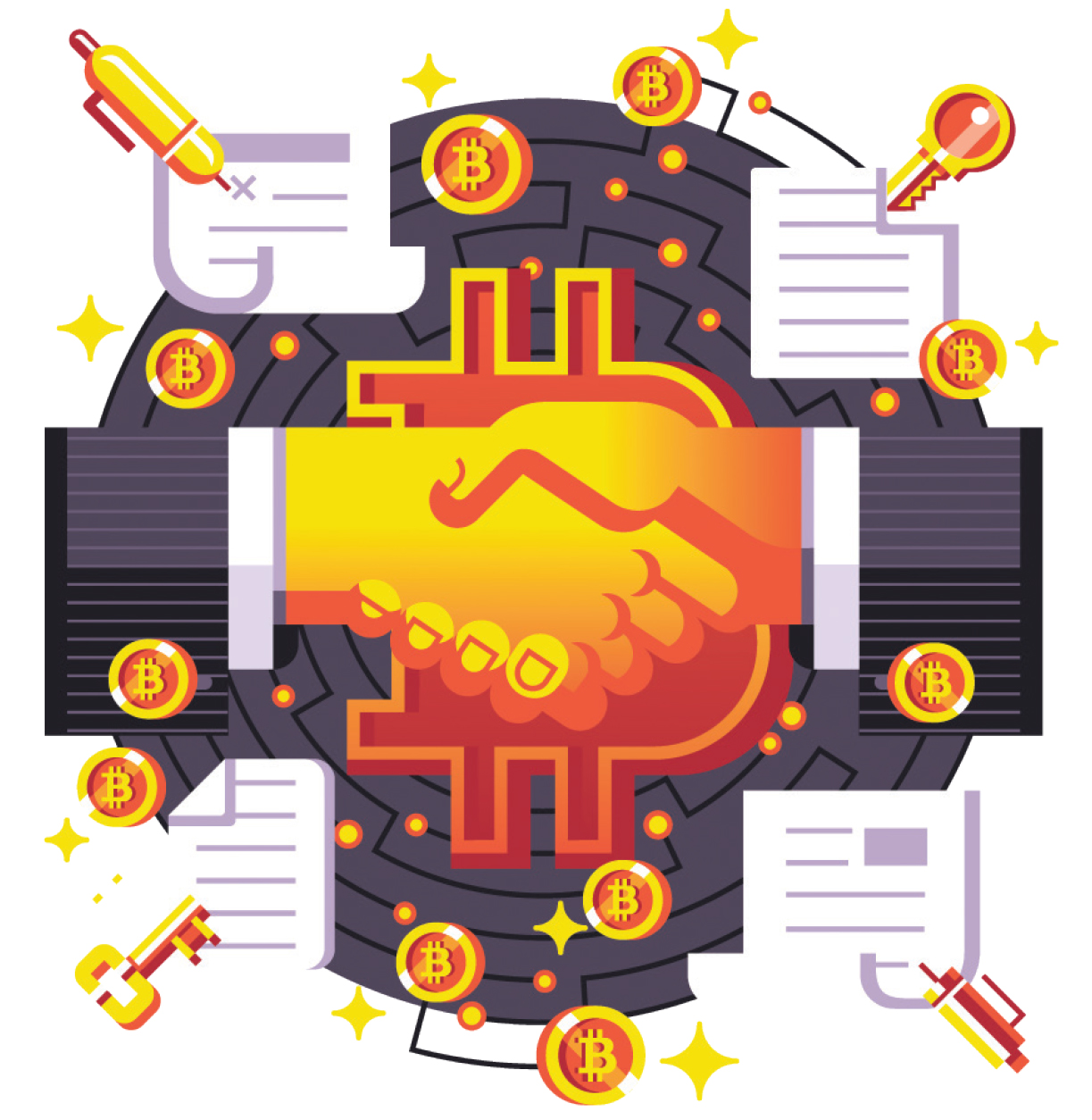 Of all the hats a broker must wear through the course of the job, data scientist is a recent addition. Generating leads through complex algorithms, using microtargeted marketing, and even paying for properties with a virtual currency have become a part of the way business gets done. And with centers for such innovations so close by, with Silicon Valley to the north and Silicon Beach right in town, it behooves L.A.’s brokers to get in on new technologies early.

“If you’re not using powerful technology to propel your business, you won’t remain relevant into the future,” said Markus Canter of Berkshire Hathaway HomeServices California Properties.

Not all technology has made it into mainstream use — yet. Bitcoin, as well as other cryptocurrencies, has been creeping into conversation, experts said, even if only a few deals have actually been done using that particular payment system. Still, the question looms: How much of a role might it come to play in property transactions?

“It’s relevant in that, in a market like Los Angeles, there’s a lot of investment in Bitcoin,” said Canter, who is working with a client who is looking to invest his Bitcoin profits in a new home. “It’s a conversation that’s happening.”

But while Bitcoin real estate deals have been making headlines, they’ve yet to become a real consideration for most agents. Still, buyers have used the cryptocurrency to purchase homes in and around Los Angeles, including two deals last year in Manhattan Beach, for just over $3.2 million and $1.8 million.

Bitcoin sales in Austin, New York City and Miami have also been reported, but there’s good reason for many buyers to remain hesitant (though sellers might be happy). The $3.2 million Manhattan Beach house was purchased in January 2017 with 3,300 Bitcoins — this March, those Bitcoins would have been worth $34 million. In April 2017, the second Manhattan Beach home sold for around 1,285 Bitcoins. Although the cryptocurrency took a dive this winter, its value is still up 650% year over year, according to reports.

Other tech-savvy investors may have their eyes on projects like Aperture Real Estate Ventures, which launched a real estate-backed cryptocurrency at the end of February. The company said it will give investors an “opportunity to own a professionally managed portfolio of real estate assets via the blockchain.”

Whether these investment tools become standard in the industry is another question. Plenty of technology is already in the hands of real estate professionals, however, whether it’s used for managing clients or monitoring marketing efforts.

‘The most critical tool’

“As a team that averages about 75 transactions a year, without a CRM we would not be able to do that,” he says. “We find that CRM is something we’re using constantly.”

While the technology has been around for a while, refining and advancing it continues to be a huge priority for those looking to maintain, and advance, their competitive advantage.

“I still think that databases in general, CRMs, are the most critical tool that an agent has to have functioning for them at a high level and a thing that agents really want,” said Rob Aigner, the CEO of Keller Williams’ Westside office.

Compass — the tech-savvy residential real estate brokerage that expanded from New York to L.A. in 2015 and now employs go-to Kardashian agent Tomer Fridman — recently received $100 million in Series E funding from investors like Fidelity and Wellington Management. The company announced that the funds would go in part to creating its own CRM in 2018.

When dealing with ultra-high-end properties, Canter looks to statistical tools on individual property websites to analyze where the hits originated.

“These tools allow us to track how many people are looking on the pages and allow us to track where the traffic is coming from,” he said. “If you’re sending out target marketing through e-cards or in the MLS or you’ve done an L.A. Times ad … you can track to see whether the money you’re spending is doing an effective job.”

His favorite service is ListingZen, a service utilizing A.I. to help real estate brokers. It’s also a marketplace for real estate-specific services ranging from photography and drones to floor plans and inspections.

“I can see where, not just in Los Angeles, but around the globe, people are looking on the website,” he said. “So I can quantify, ‘Is my marketing working? Do I need to change my marketing in order to reach the right buyers?’”

The Pasadena-based company was founded in June 2016 with the intention of creating a unified spot for listing agents to address all of their needs.

“We’re connecting that to all of the listing tools they need,” said founder Michael McNamara. “The website, social media stuff and distribution channels of all of their print materials and digital content so they can create it and send it out.”

As the company grows, its goals include using the data it has collected to analyze for trends and using A.I. to provide critical insight into what works and what doesn’t. “To see, for instance, if houses sell faster if they get photography and drone together. Or if houses sell faster if an agent spends 50 percent more than the average agent spends on marketing,” McNamara said.

The trick, he said, is not gathering the data itself, but “being able to utilize it.”

Platforms that address multiple needs at once are increasingly becoming a priority, agreed Keller Williams’ Aigner. The company recently launched an A.I.-based personal assistant for its agents called Kelle, plus a platform called Keller Cloud through KW Labs, a division devoted to creating proprietary technologies.

Companies are trying to create “all-encompassing” platforms so agents don’t have to have so many different tools, he said. “To me, it’s a simplification, where everything resides in one portal.”

REX is a digital brokerage that works outside of the MLS and uses A.I. and data to connect buyers and sellers. The company boasts just a 2 percent fee, versus what might be twice that for a traditional agent, said co-founder and CEO Jack Ryan.

That’s possible, he said, both as a result of eliminating the middleman and the company’s ability to utilize data. REX “makes predictions about who is the right buyer for your home based upon the data and then reaches out to those people and shows them your home and says, ‘Would you like to buy this?’” said Ryan.

A former partner at Goldman Sachs, Ryan said that company used “supercomputers that could trade shares electronically with other people. We drove the cost of trading shares from 12 cents down to half a penny. The exact same thing seemed possible to do with residential real estate.”

Ryan believes the time has arrived for a new real estate model that better serves the consumer. REX also has tools to aid customers with mortgages and escrow and will soon add some to help with insurance.

Similar thinking is happening on the commercial side. CREXi, unrelated to REX, is a two-year-old marketplace that looks to streamline the process for those seeking commercial real estate.

The company, which is headquartered in Venice Beach and has offices in New York and Miami,  was founded by former employees of Auction.com. Its aim is to help clients with buying, selling and researching properties. Currently, the site hosts around 53,000 listings.