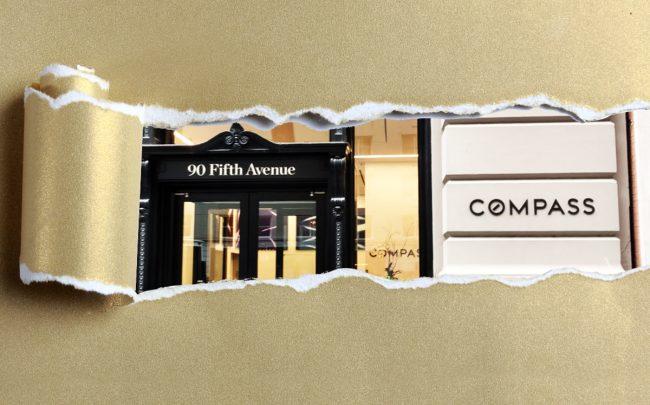 In an open letter, the CEO of a rival brokerage is accusing Compass of “trash-talking” and “distortion.” (Credit: iStock and IK Films via Google)

It’s the open letter ricocheting around the residential brokerage world.

Addressed to Compass, the lengthy missive is full of zingers accusing the New York-based startup of “trash-talking,” “distortion” and being “boastful.” It concludes by inviting Compass to “set the record straight.”

About what? According to the letter’s author, York Baur, CEO of MoxiWorks — a cloud-based technology platform for agents — Compass has overstated its market share and agent retention rate, and exaggerated claims of building new agent technology tools from scratch.

Posted to Seattle-based MoxiWorks’ website on Monday, the letter accuses Compass of licensing tech from third-party providers like MailChimp for email marketing and Mopro for website design.

“These are all fine choices, but you don’t ‘build everything in house,’ so why the distortion?” Baur wrote. “The tech stack you tout is something every other brokerage can quite literally replicate on the open market — many already have.”

It’s not the first time the venture-capital backed Compass has faced the equivalent of a political attack ad. In 2016, a 16-page presentation (alleging broker poaching and data theft) was sent to a host of rival firms in New York and Los Angeles.

In Baur’s case, however, the letter may also be an attempt to win business for his firm.

MoxiWorks, which officially launched in 2012, was spun out of Windermere Real Estate, a Seattle-based brokerage that is now a competitor of Compass. According to its website, MoxiWorks claims to have 60 brokerage offices and 110,000 agent clients, including Howard Hanna and Long & Foster.

Baur’s letter contains a certain amount of navel-gazing — such as his statement that the “first wave of brokerage tech” took place in the 1990s when Windermere launched one of the first known brokerage websites. During the 2000s, he said, there were some other “obvious examples of innovative technology use,” including Zillow and Redfin.

In the letter, Baur threw shade at Compass’ retention rate, which he pegged at just 245 days on average — without explaining how he arrived at that figure. The letter did disclose the source of its claim that Compass had overstated market share in Seattle. Compass says it has 5 percent market share in the city. Citing MoxiWorks data — which it says encompasses 90 percent of U.S. home sales — Baur claims Compass was involved in less than 1 percent of Seattle deals.

In response, Compass’ head of communications, Julie Binder, said “Moxiworks’ op-ed about Compass is an explicit pitch to buy their software.”

MoxiWorks also claims that Compass has just 0.4 percent market share in New York City, arguably one of its strongest markets. But according to The Real Deal‘s annual ranking of residential firms, Compass ranked fourth with $1.37 billion in closed sell-side deals in Manhattan last year.