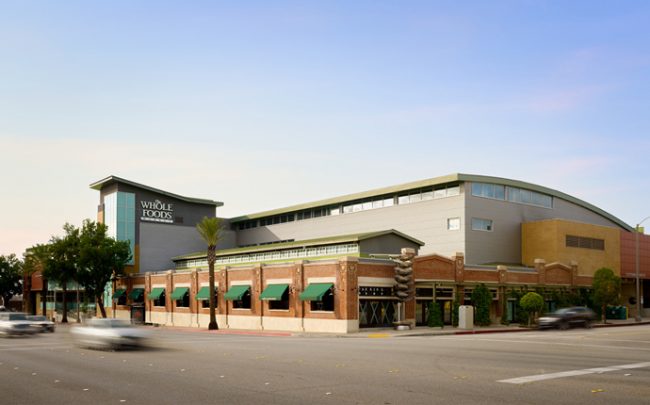 The transaction was part of a 1031 exchange for the seller, which property records identifies as the Beverly Hills-based Marc Ittah Trust. The property stretches along Route 66 from 577 South Arroyo Parkway north to the Whole Foods at the corner of Bellevue Drive. In all, the assemblage is about three acres.

Whole Foods has occupied the 80,000-square-foot retail space on the property since 2007. It’s the largest Whole Foods on the West Coast, according to broker David Ickovics, who repped the Ittah trust in the deal. Ickovics is principal of Commercial Asset Group.

A restaurant and other low-rise retail spaces occupy the other parcels sold in the transaction.

Kutzer primarily owns properties in Pasadena, but also has one retail property in Orange County.

Seller Marc Ittah Trust has made two other deals this year, acquiring another supermarket property in Pacific Palisades and a Target-leased space in Santa Barbara. Together those deals totaled around $78 million.

While the Kutzer acquisition is one of the largest retail property sales in the area of late, Pasadena has seen a recent uptick in leasing deals for creative office space. Biometrics Firm Gemalto Cogent Inc. leased a new space in the city in March, while autonomous car company GM Cruise signed a lease for an outpost there in February.

Compass and co-working firm Spaces leased space at the Pasadena Playhouse office building, about 10 minutes from the Arroyo Parkway Whole Foods, in January.