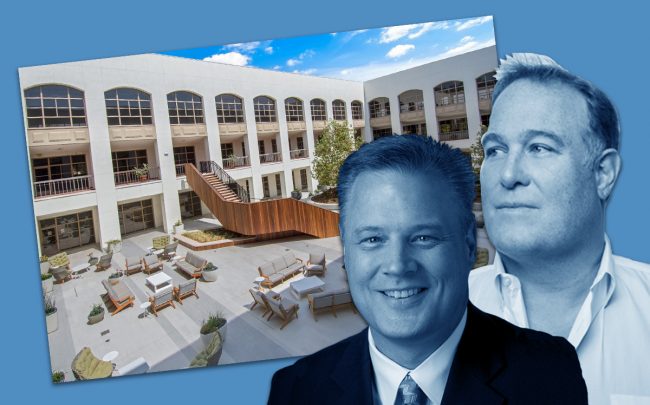 Chris Rising’s Downtown-based firm bought the 20-acre campus from Bank of America for $38 million in 2013, according to property records, and gave the 1980s complex the creative office treatment. Bank of America was the sole tenant during its ownership.

Tenants to sign post-renovation include beauty company Coty and the IWG-owned co-working outfit Spaces. Spaces leased 17,000 square feet last May along with four others as part of a push across L.A. County.

CBRE’s Matthew Heyn repped Rising in the deal, while Wayne Hach and Greg Frankovich of Newmark Knight Frank repped Republic Indemnity. Rising would not disclose the total dollar figure or length of the lease.

Rising, who The Real Deal featured in the Closing last year, took over the firm from his father Nelson Rising in January. The new CEO said at the time that the firm planned to invest $300 million in commercial space outside of L.A. County over the next two to three years.

The Calabasas campus is one of the larger office properties in the wealthy suburban city otherwise dominated by gated neighborhoods. Calabasas has a median household income of around $114,000, nearly twice that of L.A. County.

It’s not the city’s only large office property, though. Around the same time Rising was talking about investing outside L.A., Kilroy Realty sold the similarly sized Calabasas Park Centre for $78.2 million, a few months after listing it for $84 million. The buyer was a joint venture of Related Fund Management and Cruzan.

Still, Calabasas’ wealthy and famous residents put Calabasas in the headlines far more than office deals there. Notable residents include members of the Kardashian family — some own multiple properties there — and musician Drake.