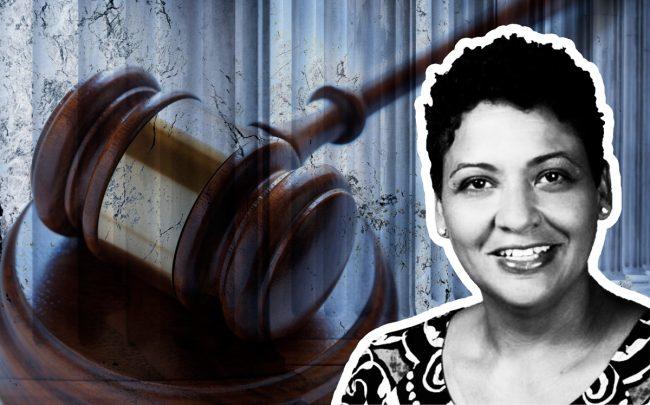 A former executive at Cushman & Wakefield said the brokerage regularly paraded her around as an ambassador for diversity at the firm, but behind the scenes the company culture is one of sexism and racism.

Nicole Urquart-Bradley, an African American woman, claims her career was held back at Cushman — and she was ultimately fired from the company — due to her race and gender, according to a discrimination lawsuit she filed Tuesday in Washington, D.C. federal court.

“In the age of MeToo, Cushman & Wakefield is facing a new world, where the old boys’ network behaviors will no longer be tolerated,” said David Sanford, the attorney representing Urquart-Bradley, which is representing Urquart-Bradley. “The commercial real estate industry has a long-standing reputation for devaluing women; it’s time they recognize that these behaviors cannot continue.”

A spokesperson for Cushman said the company does not comment on ongoing litigation.

Urquart-Bradley — who worked out of the brokerage’s D.C. office and was head of the Valuation and Advisory department for the United States since 2010 — said she was one of only two female service-line leaders at Cushman.

She said that when the president of Global V&A, John Busi, left to start a competing division at Newmark Knight Frank in 2016, she was tasked with fending off a poaching effort by Busi known internally as the “Newmark Siege.”

But while Cushman was happy to offer Urquart-Bradley “her white male predecessor’s job responsibilities, it refused to give her Busi’s global title to accompany them,” her lawsuit claims.

“This decision by C&W is consistent with a pattern and practice of refusing to offer female executives global titles,” her attorneys wrote.

Urquart-Bradley said that Cushman regularly publicly promoted her as an example of diversity at the company — a public image that was “at odds with the deeply entrenched culture of discrimination against women and people of color.”

She pointed to Cushman’s initial public offering in August — when the company invited two white men and more than a dozen men and women of color to ring the bell at the New York Stock Exchange — as an example of the disparity between Cushman’s public image and what goes on behind the scenes.

Urquart-Bradley alleged that despite growing revenue for the V&A division by 59 percent between 2010 and 2016, she faced undue hostility from chief operating officer Todd Schwartz and Shawn Mobley, president of Cushman’s eastern region.

During one particularly confrontational call last year, Urquart-Bradley claims, Schwartz accused her of being “defensive” and claimed she argued her point in an “unprofessional” manner.

“He then proceeded to provide [Urquart-Bradley] with ‘mentoring,’ telling her that if she wanted to be ‘taken seriously’ she needed to ‘stop whining’ and ‘get with the program,’” court papers claim.

Urquart-Bradley said that after successfully fending off the Newmark siege, she asked for a small fraction of the non-monetary retention benefits her white male subordinates had received, at which point Mobley “accused her of disloyalty and abruptly terminated her employment.”

Urquart-Bradley is seeking $30 million in damages.

This is not the first time Cushman’s been hit with discrimination claims. In 2016, former director Hongmei “Janice” Li filed a lawsuit in New York State Supreme Court claiming she was demoted and fired and replaced with a younger, white male employee who lacked her qualifications.

Across the world of commercial real estate, companies are grappling with a lack of diversity among their ranks.

Women accounted for only 21 percent Cushman’s workforce in New York City, according to an analysis conducted by The Real Deal earlier this year. That was behind competitors JLL and CBRE, where women make up 26 percent and 25 percent of the workforce, respectively.