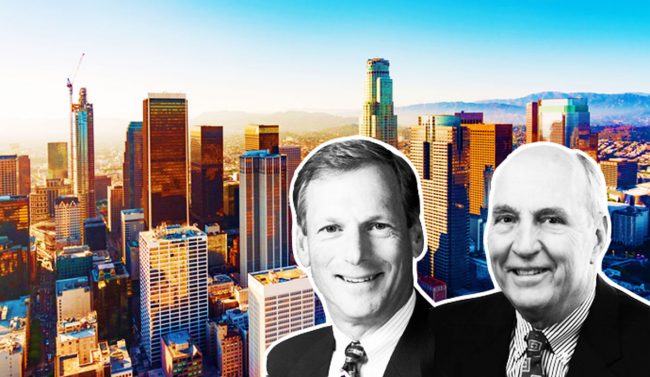 Top-producing commercial broker Bill Boyd and four others have left Charles Dunn’s Glendale office to join Kidder Mathews as it opens at a new location in the city.

Boyd’s team, Linda Lee, Scott Unger and Lauren Nesmith, were recruited to join Kidder’s new office as it seeks to expand in the Tri-Cities region. The firm also recruited Dennis Slattery, a Charles Dunn veteran who hired Boyd and Lee back in 2009.

As part of the shuffle, Kidder also took over Charles Dunn’s 2,000-square-foot office at 100 South Broadway in the office portion of the Glendale Galleria, Boyd said. The company will lease the space until the end of the year, and plans to expand into a larger space.

Boyd and Linda Lee were named executive vice presidents and partners at the Seattle-based firm. Unger joined as a senior vice president, and Nesmith is a senior associate.

As senior managing director at Charles Dunn, Boyd brokered some of the biggest deals in the Pasadena, Glendale and Burbank areas.

Boyd has helped close more than 3,000 leasing and sales transactions — in excess of $2.5 billion — throughout his career, according to his company profile.

Prior to joining Charles Dunn, Boyd was a regional executive vice president at Grubb & Ellis Co. He worked at CBRE for 17 years before that.

Kidder, a commercial real estate firm that specializes in brokerage and property management, has five other offices in Los Angeles County, including in Downtown, El Segundo, Commerce, Long Beach and the Inland Empire.