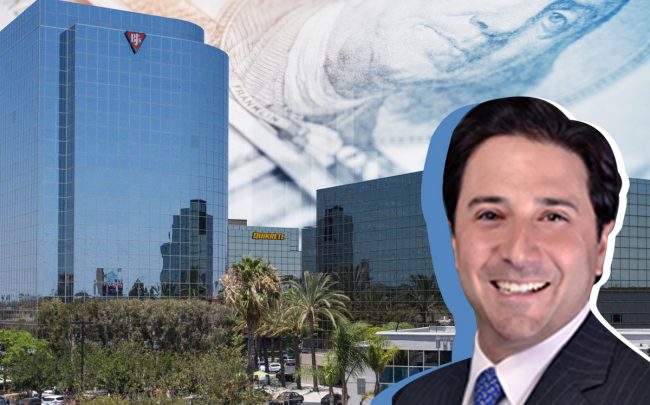 The Century City-based firm’s deal worked out to about $325 per square foot for One Pacific Plaza, a 383,000-square-foot complex.

BJ’s Restaurants, which owns and operates 198 locations, has its headquarters at the 12-story building. The company renewed its 57,100-square-foot lease earlier this year.

Representatives from PGIM and Ares did not immediately respond to requests for comment.

PGIM acquired the three-building campus in May 2014, when it paid $93.6 million. The sellers, Lincoln Property and GEM Realty Capital, had owned the campus since 2011, and had completed several upgrades before the sale.

Ares, led by CEO and co-founder Michael Arougheti, invests in properties around the country. In August, the firm picked up a 400-unit garden apartment complex in New York for more than $100 million.

The company’s investment in Orange County follows another large investment there from Olympus Property, a multifamily firm based in Texas. The firm acquired a newly built apartment complex in Irvine for $118.5 million earlier this month, one of the largest multifamily sales in the county this year.