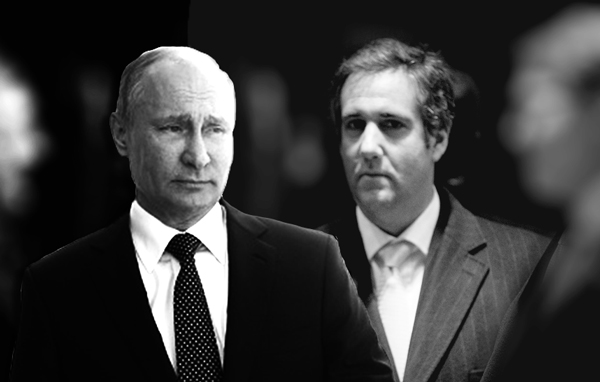 The Trump Organization was prepared to offer Russian President Vladimir Putin a $50 million penthouse as part of a marketing stunt to sell units in its proposed Trump Tower Moscow.

The idea of giving Putin a penthouse came from Russian-born developer Felix Sater, who previously worked on the Trump SoHo hotel and condo, among other Trump licensing deals.

Sater said Cohen’s response to his proposition was, “Great idea.”

The law enforcement officials told BuzzFeed that Cohen talked about it with an assistant for Putin’s press secretary, Dmitry Peskov.

Cohen told the court on Thursday that he lied to Congress about negotiations for the Trump Tower Moscow project, which were renewed in summer 2016 amid the Republican primary campaign, to protect the president. Cohen also admitted to downplaying his role.

It is not clear whether Trump knew about the penthouse plan but he told reporters on Thursday that, as he went into the 2016 presidential election, he felt “there was a good chance that I wouldn’t have won… in which case I would have gotten back into the business, and why should I lose lots of opportunities?”

During a panel earlier this fall, Sater described doing business with Trump: “I would show him a deal and he’d say, ‘let’s go,’” he recalled. “The due diligence part was kind of light.” [BuzzFeed] — Erin Hudson