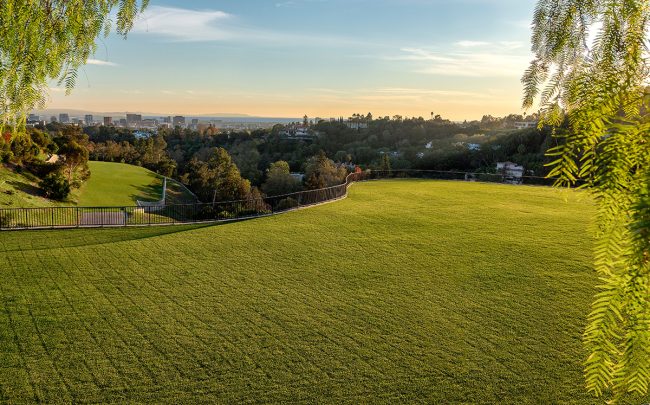 Another large chunk of land seeking a record sale has hit the Los Angeles property market.

A 10.6-acre spread overlooking the swanky Hotel Bel Air is listing for $150 million, according to Bloomberg. The property covers three lots, each with permits to build a 60,000-square-foot home on them, the news outlet reported.

The property stretches along a hillside at 788 Tortuoso Way, just below the Chartwell Estate, the former home of media mogul Jerrold Perenchio, which is the most expensive listing in the country at $245 million.

The Bel Air land joins a short list of large undeveloped properties to hit the market recently, all of which are listed at prices at least three times what anyone has ever paid for residential land in L.A. 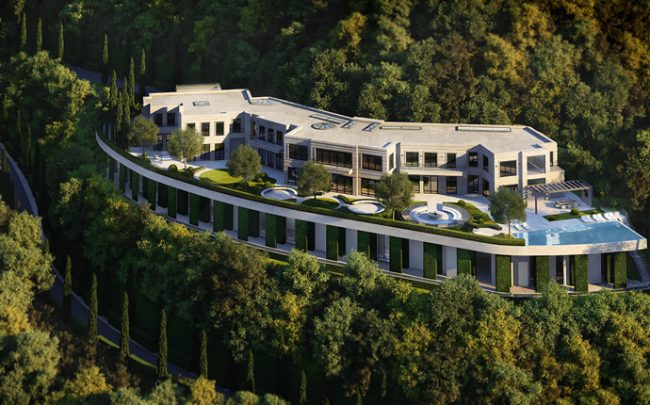 Rendering of a home to be built on the plot

Neither top the so-called “Mountain of Beverly Hills,” a 157-acre expanse asking $1 billion, making it the priciest piece of land ever offered in L.A. history.
Spec home developer Scott Gillen supposedly offered $400 million for the property earlier this month and was turned down by the owners.

Gillen is responsible for the most expensive residential land sale in L.A. County, a $50 million purchase of 24 acres in Malibu.

The Bel Air site is owned by Domvs London and Junius Real Estate Partners, the real estate arm of JP Morgan Chase & Co. The partners bought the property in 2014 — then eight separate lots — and rezoned them into three.