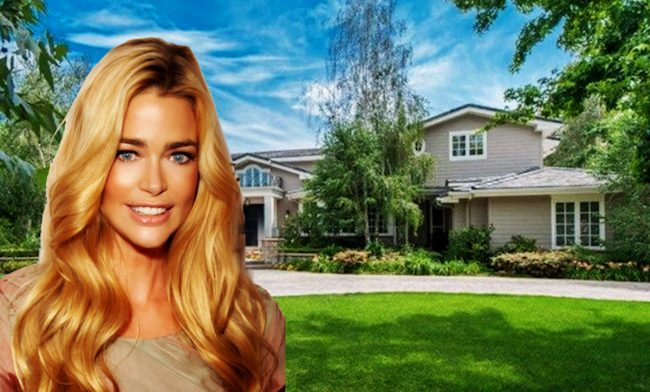 Denise Richards and the home

Denise Richards is swapping out Hidden Hills for a glitzier zip code — and a spot on reality television.

The actress and model finally sold her home in the Hidden Hills for $4.75 million, reflecting a nearly 40 percent price chop from the original asking price of $7.9 million.

The fire sale also comes nearly a year after she slashed the price of the listing by almost $1.3 million in October, TMZ reported. The actress paid $4.4 million for the 8,300-square-foot home in 2007, records show.

In a Ranch-style design, the home features six bedrooms, eight bathrooms, a lagoon pool with a waterfall and grotto, a pizza over and custom-built dog kennel.

But there’s one amenity the Hidden Hills home doesn’t include — permission to film.

Hidden Hills’ community association banned all productions in the celebrity-favorite enclave after neighbors complained about Richards filming her reality television show, “It’s Complicated,” in the city.

That may have presented a problem for Richards, who is believed to be joining the cast of “The Real Housewives of Beverly Hills” next season.